Ask for Police, tell them where you are and what town you are in, e.g. Nelson, Motueka, Richmond...

Why Speak Out & Report Racism 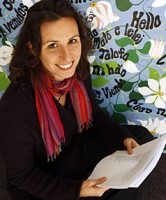 The Nelson/Tasman region is multicultural

The following numbers come from research in 2009 for the “Towards a Reporting System for Racist Incidents in Nelson Tasman” report by Debbie Kohner*.

Note: Debbie was the author of the Research Report “Towards a Reporting System for Racist Incidents in Nelson Tasman”: Diverse Communities Speak published in 2009. Our community owes Debbie a huge debt of gratitude for her time and professional expertise given on a voluntary basis over many months.

Our lives begin to end the day we become silent about things that matter. Martin Luther King Junior